Now that sunset begins at at 4:45 p.m., you have good reason to be bummed out.  Sure, remind yourself that you love the leaves changing color and the absence of mosquitoes.  Then mumble something about Thanksgiving being just around the corner, that's it's your favorite holiday. You'll still crack open your first beer at 4:47 p.m.  Who are these people who claim to love the fall?

You need to get out of the house.  Tonight's Madison Guild is the perfect opportunity for an easy hang in a bar that's warm and comfortable, Dee's Country Cocktail Lounge.  No $12 artisanal cocktails, no cackling herds of bachelorettes, no cover charge, and no Five Points Parking gauntlet.

Your mission for tonight is to come out and listen to a few tunes by the members of the Madison Songwriters Guild.  One of them is bound to cure your Monday/Fall blues. The seats at the bar are comfortable.  The beers come fast.  There's a muted T.V. bolted to the ceiling showing a film with a young Clint Eastwood and an orangutan.  Even without the sound, the plot is easily discernible.  The thing has its arm around Clint and is beaming a huge smile at the camera (you can see its gums).  You start to feel better... 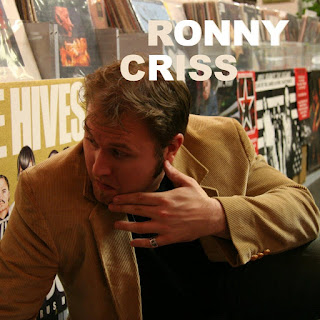 During a songwriter round at the Bluebird a few years ago, I was struck by the breezy accessibility of Ronny Criss' tunes.  Rather than choose pop country or Americana, he found a way to do both.  Since those worlds almost never collide, it's possible to live two separate musical lives in the same city.  Many Americana performers who dismiss pop country out of hand forget how easy it is to write an obscure, four-chord dirge set in your own frightening head space.  Clean, accessible pop country is very hard to pull off.  Ronny makes it look easy. 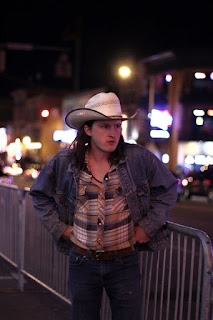 Florida's Wade Sapp moved to Nashville a little over a year ago.  In that time, I have only seen him at Dee's.  I would not be surprised if he kept a sleeping bag under the pool table.  When I first saw him at Madison Guild, I immediately noticed his clear singing voice and unpretentious songwriting. He claims not to have any music out at the moment - that is likely not entirely true - but he's a man heading into the studio in the weeks to come.  Come hear the new tunes he's most proud of.

The frontman for Runner of the Woods released "Thirsty Valley" in 2015.  In addition to a sophomore effort to be recorded this winter, he is also working on a French record with limited geographic appeal. His dream for 2018 is to book a festival gig in Alaska so he can fly fish for salmon and write about his adventures. 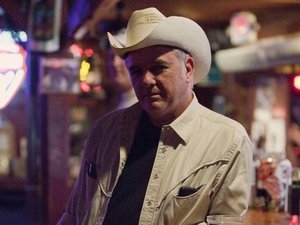 Before I knew better, my only knowledge of Jon Byrd was, "he is fronting Santa's when you are not."  Now I know him as one of the best songwriters in town.  An Alabama native who nearly obtained  a PhD in American studies, Jon Byrd now performs hard country as frontman of Byrd's Auto Parts.  Jon is also an outstanding guitar player, making him one my favorite solo performers in town.